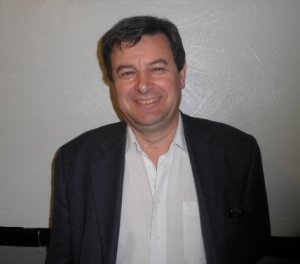 Trust Chair Keith Morgan reports on proposals in relation to season tickets after a meeting with the football club yesterday (June 28th).

On Monday, June 28, the Supporters’ Trust together with the Supporters Club and Disabled Supporters Group were invited at very short notice to meet with club officials to discuss season tickets.

The meeting was very much a preliminary one prior to subsequent meetings that will go into the details of any proposals.

The club outlined the current position regarding permissible capacity in the stadium. The Wales-Albania international on 5 June was a test event approved by the Welsh Government which was successful in terms of processes of allowing fans into CCS. That event had a capacity of 6,500 based on 1.5 metre social distancing. Moving to 1 metre social distancing in the stadium was a realistic and future possibility. This would require further test events and subsequent reporting to demonstrate the effectiveness of the club’s approved processes. A move to 1 metre social distancing within the stadium would lead to higher capacities which would be higher if supporters attended with family and friends in groups instead of 1s and 2s.

The critical issue is the allocation of matchday tickets to season ticket holders in the light of social distancing requirements and, importantly, if season tickets sold exceed maximum permitted capacity.

The club stated that they had spoken to 15 English EFL and Premier League Clubs as to how they approached this problem towards the end of last season when English clubs were allowed to admit fans to their stadia. They also noted how both Newport County and Swansea City were able to admit fans for their play-off games. The majority of clubs consulted used a ballot system to allocate tickets. The view of the meeting was that this was the fairest option but the specific details of the scheme would need to be discussed in detail. The club let us have sight of a scheme for balloting in use at other clubs which would form the basis for future discussion. It contained provisions to ensure season ticket holders would not lose out financially if unsuccessful in a draw. Priority would also be given in a subsequent draw to unsuccessful applicants in a previous draw. However, these are only headlines as the details of proposed processes will be subject to further discussion.

The club also referred to a Supporters Code of Conduct, necessary in the context of Covid, on which they would consult Supporters Groups.