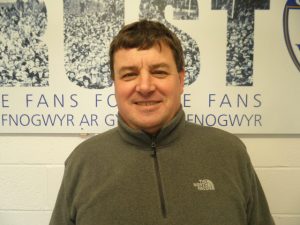 COMMENTARY ON THE AUDITED ACCOUNTS FOR THE YEAR

There are a few key issues which need to be brought to the attention of readers of the accounts which I will deal with later in this commentary but I will firstly concentrate on a summary of the financial results they reveal.

My commentary is based upon an analysis of the accounts, discussions as to their content with the club`s financial senior management and face to face discussions with the club’sChair Mehmet Dalman and its CEO Ken Choo.

The views expressed in this commentary are my own personal , independent and impartial views.

1) CCFCH made a loss in the year to 31 May 2016 but the level of losses meant that the club was compliant with Financial Fair Play Regulations.

2) A loan write off of £10m by the owner , and a cash injection from him of £7m, plus a further cash injection by Tormen Finance of £7.3m and financial assistance by WMG Funds greatly helped the club`s financial position in the year.

3) A major cost cutting exercise was necessary during the year to try and balance out the club`s drop in income compared to the previous season , and this is likely to have to be repeated in the current season , plus further into the future., particularly when “parachute payment” receipts end in June 2018.

Summary of results for the year

The company (referred to as CCFCH or the club for the purposes of this commentary) made a net loss of £8.7m in the year to 31 May 2016. This compares to a reported net profit of £3.9m in the previous year. An analysis of the main elements causing this deterioration of£12.6m in results is set out below:

Overall, the club managed to balance out the fall in income by a corresponding reduction in the costs that it could control. Virtually all of the deterioration in the net results by £12.6m was down to the technical accounting treatment of long term loans referred to in note 6 above.

The balance sheet and cash flows

The main asset of CCFCH remains the Cardiff City Stadium at a balance sheet value of £52m. Player total value was £4.8m . It was £12m at 31 May 2015. The main liability remains the debt due to Tan Sri Vincent Tan at £100.8m and this is the first of my main areas of concern. Despite a public pledge in February 2016 that this debt would be entirely converted into shares to make the club debt free (£68m “immediately” then £8m a year over 5 years for the balance then owing), the debt is still shown as repayable in full.

Another substantial liability is a debt due to Tormen Finance Limited, in which CCFCH Chair Mehmet Dalman has a major interest. This company has helped CCFCH by lending it money at reasonable interest rates. However, the accounts say that the loans are secured against company assets when no such charge has been registered at Companies House suggesting that, in fact, the debt is unsecured (such charges should be registered within 21 days of their creation).

In addition to the loans made by Tormen in the year, it appears that a further £7m of net cash was introduced by the owner Vincent Tan during the year on top of a further £10m of debt which he wrote off in full (rather than convert to shares) in the year. Hopefully, this will refute the claims of certain fans that the owner is taking money out of the club – the fact is the opposite is true.

Other matters of interest

The accounts were signed off by the directors on 15 December 2016 and by the auditors on 4 January 2017. In my discussions with the club on this point, I have been categorically assured that the submission of the signed financial statements after the usual League deadline of 1 December 2016 was with the prior knowledge and consent of the League . The formal filing of fully signed off accounts with the League was delayed by the need to obtain formal sign off of key documents by the club`s owner and subsequent approval by the club`s board and auditors.

A second major query and initial concern is a payment of £970k in the year (£1.2m was also paid in 2014/15 but not disclosed at the time as it should have been) to WMG Funds Limited in what is a related party transaction. My initial research showed that WMG Funds Limited is a company in which Mehmet Dalman was a director until June 2015. My direct discussions with Mehmet confirm his interest in WMG and that the payments to WMG were in respect of services provided by WMG in contracting with and settlement of third party liabilities onbehalf of the club in the normal course of club business.

Like all fans of the club, I wish that it was financially strong and able to spend lots of money on a load of quality players to improve the playing squad. The financial reality is however totally different.

For the current season 2016/17 just to break even financially the club will have to improve results by £8m compared to 2015/16. And this is against a background of further falls in income across the board. The club is in its third year of “parachute payment” receipts, which will therefore be lower than in 2015/16. Attendances are not likely to have risen much to compensate from the average of 16,427 last season, nor have other sponsorship or commercial income levels.

Further cost cutting has therefore been crucial during the current season and unless income levels somehow increase considerably, will also be necessary next season. The bigger problem arises from season 2018/19 onwards when “parachute” receipts will have ceased altogether.

Some areas where cost reductions may be feasible this season compared to last are as follow:

1) The release of players from the squad, reducing the wage bill.

2) Profit on sale of players (e.g David Marshall) this season will be higher than last year`s figure of £2.5m

3) The club has spent very little on player transfer fees this season (in 2015/16 it spent £2.4m ) and the year end value of the entire playing squad was only £4.8m after those additions. As a consequence, the cost in the profit and loss account this season for player amortisation and impairment will be a lot less than the £9.4m cost last season.