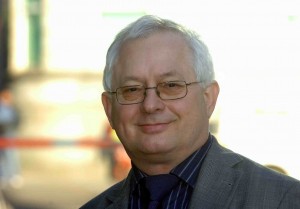 Trust board member Phillip Nifield gives his personal take on the latest missives from the owner of Cardiff City.

In an article this week in the Guardian in reference to fans, Mr Tan makes the bizarre statement: “They just don’t support” while in an interview with the BBC he says the switch from blue to red has benefited the club by raising its profile around the world.

Cardiff City owner Vincent Tan has certainly put Cardiff on the map through his ridiculous rebrand – and made the club a laughing stock the world over.

In his latest interviews, he continues to show disrespect to the supporters – the paying customers of the club.

He has attempted to destroy our history, our tradition, our identity but will never succeed.

It is difficult to think of another business that has treated its customers with such contempt – Gerald Ratner, who once described goods sold from his jewellers as “total crap”, is the name that springs to mind.

Mr Tan – when he decides to visit the Cardiff City Stadium next – needs to take a good hard look around and see how many supporters are wearing his beloved red. Very, very few.

And I hear sales of the red home shirts for the current season have been pathetic – after similarly dismal sales during the Premier League season. As they say, Mr Tan needs to wake up and smell the coffee.

I’m delighted to say that well over 2,000 of the Trust’s alternative blue shirts have been sold with £5 from every sale going to the Ty Hafan children’s hospice.

It just doesn’t make business sense for Mr Tan to continue to produce goods that few want. The club could be earning considerable income from blue home shirts – but he stubbornly refuses to change.

Could anyone imagine the wealthy owners at clubs like Manchester City, Chelsea and Liverpool ever announcing a colour change?  It just wouldn’t happen.

The protests over the change from blue to red will not cease – why would fans want to stop campaigning for restoration of our heritage?

Of course, Mr Tan would probably be viewed as a hero if the rebrand had never happened. He has pumped huge amounts into the club – although he still has yet to keep his promise of converting debt to equity.

But his attitude over the colour change really beggars belief.

He has turned lifelong supporters off for good while others have told me that while they go along to games they no longer feel the same passion. He has knocked the stuffing out of them.

Mr Tan has had numerous chances to unite the club by announcing a return to blue. He’s failed to do that which suggests he’s content to have thousands of discontented fans.

What a way to run a football club.