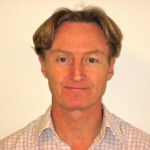 Football supporters from across the UK will be lobbying Parliament on Tuesday (February 5) as part of a campaign aimed at winning fans a greater influence in the clubs they support.

1. That the Football Association needs to include a rule as part of the new football club licensing arrangements that guarantees a structured relationship between supporters and clubs and

2. That the UK Government needs to establish the Government Expert Group before the beginning of next season (2013-14) to explore methods of removing barriers to increased collective supporter share ownership in their football clubs.

The lobby will also be calling for the designation of sports stadia as Assets of Community Value, as detailed in the 2011 Localism Act. This would help to play a crucial part in preventing the separation of clubs from their grounds, and the asset-stripping we’ve seen in the game over the years.

More than 50 MPs, including some from Cardiff, have also pledged to be there.

Cardiff City Supporters’ Trust chair Tim Hartley said: “Cardiff City FC is a vital part of the community it serves and brings us all together like nothing else. Football club owners, managers and players may come and go but we the supporters will always be here. Clubs like Arsenal recognise this and at Cardiff too we have a good relationship with the club. But proper engagement with supporters should not be a matter of individual goodwill.

“The Supporters Trust movement believes fans must have a say in the way clubs are run and that requires a more formal, structured approach. The football authorities say they agree but have not so far acted. We now need to ensure a structured relationship with fans is written into a club’s licence.

“There is nothing for clubs to fear. We will always have the City’s best interest at heart and proper engagement with supporters will actually strengthen clubs and ensure they remain valuable assets to the communities they serve.”