Pictures from the 92-93 reunion 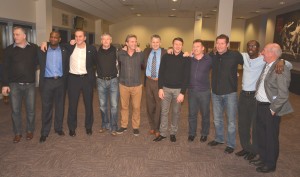 What a great evening of football chat was the Trust-organised reunion to celebrate the 20th anniversary of  winning the old Third Division title and the Welsh Cup.

More than 100 Trust members and guests turned up for the evening which was splendidly hosted by BBC Wales soccer commentator, Rob Phillips. Earlier in the evening, Trust member David Collins laid on a Bluebirds’ quiz.

What the get together showed was the close bond between the players – even 20 years’ after the success –  and the excellent relationship with the fans.

The Trust would particularly like to thank all the former players, Rob Phillips, the membership sub committee, which organised the event and Terry Phillips of Media Wales and Damon Searle for helping make it a success. 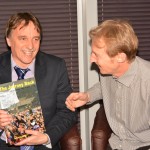 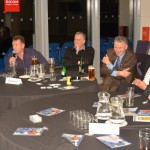