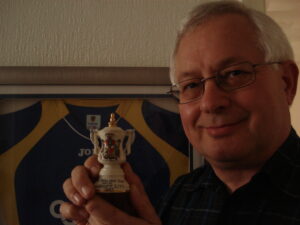 Who are you? Phillip Nifield

What do you do for a living? Retired Journalist

Why did you join the Trust? The Trust is the best organisation for channelling the views of fans through to the club and ensuring the voice of supporters is heard.

Why would you encourage fans to join the Trust? The Trust is a very open organisation and can raise issues of concern with the club. The more members we have, the stronger we are and the more influence we can have on behalf of the fans.

Why did you seek election to the Trust Board? I believe through my work in the media as a newspaper journalist and later as a Press Officer means I can make a strong contribution to spreading the message of the Trust to as wide an audience as possible.

What is your aim for the Trust over the next 12 months? We need to continue raising the profile of the Trust by taking up matters of concern and interest to our members and City fans generally.

How long have you supported City? Since season 1959-60 – the year the Bluebirds won promotion to the old First Division.

What was your favourite City match? The 1-0 win over Real Madrid with Brian Clark’s winning goal.

Who is your favourite City player/s? From the past Ian Gibson, Dave Bennett and Willie Anderson. In modern times the late, great Peter Whittingham with his wand of a left foot.