‘I’ll Be There’ Charity Single Statement 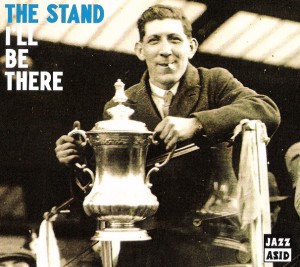 Following an article in today’s South Wales Echo concerning a dispute regarding the ‘I’ll Be There’ charity single, the statement below has been issued to the Supporters’ Trust by Cardiff City Football Club:

“Acting in the best interests of the Cardiff City Supporters Trust and the Fred Keenor Statue Appeal, and rather than enter a small claims dispute which would invariably cost more than the £1,700 claimed, Cardiff City Football Club has made a full and final settlement payment of £1,000 to resolve this dispute – this despite the clear verbal sale or return agreement made with representatives of Acid Jazz Records prior to the production of the record.

“We expect to see large parts of these monies passed on to the statue fund in due course, along with any iTunes and additional vendor revenues earned.

“The club had, along with dedicating time, energy and free of charge resource to promoting the single, agreed sale or return terms, of which one hundred and three of the five hundred delivered units were sold, resulting in a total of £264.14 net sales.

“Following this payment, we would like to offer the statue committee and the Supporters Trust the remaining three hundred and ninety seven copies of the single, which they can use as they see fit to raise more funds.CardiffCityas a club has been a strong, active and visible backer of the statue campaign to date, of which this song was only a small part. We welcome the committee reaching their goals in what we hope is the near future.”