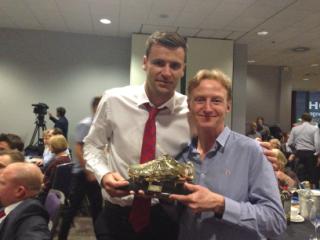 David Marshall was the deserved winner of the Trust’s Golden Boot award after being chosen as Clubman of the Year.

David has been the outstanding performer in the club’s first season in the Premier League, bringing off a series of stunning saves which have seen him win many accolades.