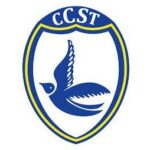 With a terrifying cost of living crisis hitting families and individuals hard, Cardiff City Supporters’ Trust – with support from Cardiff City Football Club – will hold a third foodbank collection to help those in need.

A food donation point will be set up from 12.30pm close to the Trust office (near Gate 5) before Cardiff City’s clash against Rotherham United (3pm) on Saturday,  October 29th, 2022.

Food collected will be delivered to the Rhymney Valley Foodbank Centre and the Trust hopes to carry out further collections next year.

Steve Evans-Jones, Operations Manager at Rhymney Valley Foodbank in Aberbargoed, explained that the foodbank, which also has distribution points in Rhymney and New Tredegar, was struggling to meet increasing demand.

Steve said the reasons for rising demand included people falling into debt trying to meet rising energy and food prices as well as issues like changes to benefit income, domestic violence and homelessness.

Trust vice-chair David Craig said: “We know so many families and individuals are really struggling to put food on tables and heat their homes and that has meant donations to foodbanks have fallen.

“The Trust is appealing to all fans to give whatever they can afford – whether it is a tin or jar of food or a bag of items. Really, anything supporters can give will be gratefully received by those running the foodbank.”

Fellow board member Mike Spear said: “The story we were told of the struggles many face in the Rhymney Valley with enormous deprivation was both moving and worrying. The Trust knows life is difficult for many and we hope Cardiff City fans will again show their generosity and help those who are on the breadline, struggling to live.

“We’d once again like to thank Cardiff City Football Club, its staff and players for their support.”

Cash donations can also be made to the foodbank on the day.