Foodbank Collection: Thanks To Everyone For Making It A Success 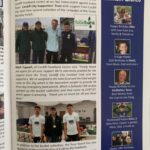 Great coverage in Saturday’s Birmingham City programme of the collection for the Cardiff Foodbank, made at the Luton Town game.

Thanks so much to Cardiff City FC staff and players and for the generosity of Bluebirds fans.

Along with the 501.2kg of donated food, the foodbank also received £307.67 from a bucket collection and donations from the Trust and its members. 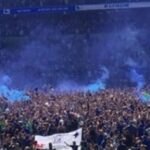 He said: “We’re pleased that the government has endorsed the recommendations made in the fan-led review into English football. The UK Government now needs to get on with it. This is too important to be kicked into the long grass.

“The Football Supporters’ Association played an important role in getting the review up and running.

“Football is so much part of the cultural heritage of the United Kingdom but for far too long the voice of fans has not been heard by many clubs. That has to change and it would be great to see clubs taking action to involve supporters more ahead of the appointment of an independent regulator.

“We at Cardiff City have our own issues with the rebranding which was eventually scrapped. There’s been the demise of Bury, very recent issues between fans and the owner at Oldham Athletic with constant threats to clubs of maladministration, poor governance and the lack of structured supporter involvement. Change is desperately needed and should happen without delay.” 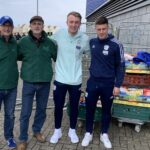 The Trust received the following email from Mark Tugwell of Cardiff Foodbank.

“Firstly, thank you again for all your support this past little while and arranging the collection for us at Monday’s game. We’re extremely grateful for the support from the Trust, Cardiff City Football Club and the supporters.

“We’ve weighed in the total food and the total weight came to 501.2kg which is the equivalent weight to provide 44 three-day emergency food parcels. Which is fantastic!

“We’ve also counted up the bucket collection and that came to £197.67, which again is amazing.  Thank you so much for all you have done.”

In addition to the bucket collection, the Trust Board has also agreed to make a contribution of £100 to the foodbank and we have also received a cheque for £10 from a member to add to the total. 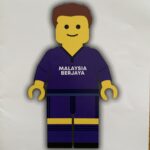 The last Trust magazine of the season is out.

The 16-page Moving To A Different Beat features a piece by Rob Jeffery on the controversial Cardiff City striker, Trevor Ford, Owen Deacon takes a look at City’s young homegrown talent while Richard Lewis tells the story of our first foodbank collection before last Christmas.

David Collins shares his memories of two former City managers, Len Ashurst and Frank O’Farrell, while there is the usual brainteaser quiz.

You can join the Trust for just £12 a year. See our website for more details and you can also join on matchdays at the Trust office, near Gate 5.

We’re delighted to let everyone know that 665 items were donated by Bluebirds fans for the Cardiff Foodbank before today’s game against Luton Town.

We’ve also had a number of cash donations from supporters (to be counted) and the Trust will also be making a £100 donation to the foodbank.

We’d like to thank everyone at Cardiff City for their fantastic support along with fans and members of the Trust who volunteered.

We were delighted to welcome Cardiff City players Sam Bowen and Eli King who came along to see the food donated. They are pictured with Richard Lewis and David Craig of the Trust.

Thanks again to everyone that helped out and donated.