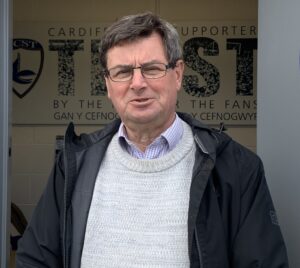 The sacking of Mark Hudson as Cardiff City manager yesterday is hardly surprising given the recent run of dreadful performances and results. We wish him well for the future.

However.  it does raise at least one important question and that is who advises the club’s owner on who to appoint as manager and what football experience and knowledge does that person/those people have?

The club seems to lurch from one short-term (failed) attempted “fix” to another, both on and off the pitch.

The practical difficulty the club faces is that the owner Vincent Tan is the sole decision maker and does not appear to listen to advice from his board members even if they are prepared to express an opinion to him.

Sadly, the owner appears to have little regard for the opinions of those fans who offer a counter view to his own. Mr Tan should never forget that the fans are the lifeblood of our club.

This latest episode once again illustrates the vital need for far greater supporter involvement in football clubs as will be proposed by the UK Government in its White Paper due to be published shortly.

The club is unlikely to move forward in a positive manner unless some or all of the above issues are resolved, and quickly.