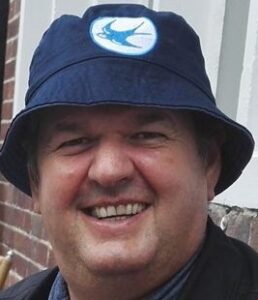 Who are you? Michael Spear

Where do you live? Barry.

What do you do for a living? Retired Seaman (Logistics Supply Officer with Royal Fleet Auxiliary).

Why did you join the Trust? Initially, joined the trust to show support to an organisation that was actively seeking to influence club decisions and to push views of City fans up to club board level.

Why would you encourage fans to join the Trust? A bigger membership equals a bigger voice. I would urge City fans to join and be active in voicing their concerns and communicating their views through the Trust. Recent events, that saw the collapse of the ESL proved fan power does work.

I am passionate about my football club. Since retirement, I have the time on my hands to push for and maintain conditions for all city fans. Being a member of the board will enable me to be at the coal face. Being a regular at away games and being a member of various CCFC forums, keeps me in touch with a very broad view of how our club is perceived by fans and how they feel about current issues.

What is your aim for the Trust over the next 12 months? Put pressure on club executives to improve communication with fans. Such as an official announcement of short and long-term strategies; secure fan representation at club board level; and importantly help those fans feeling vulnerable/disenfranchised by club policies.

How long have you supported City? All my life. First game was Fulham at home February 1972, aged 8 years. A 1-0 win with a goal by Brian Clark.

What was your favourite City match? City v Hereford United 1975-76 season. A bumper crowd of near 36,000 under the floodlights. Beating the league’s runaway leaders. Some would argue there have been some bigger games since. But this game still holds the most special memories for me.

Who is your favourite City player/s?  Willie Anderson, Michael Chopra and Peter Whittingham in that order. 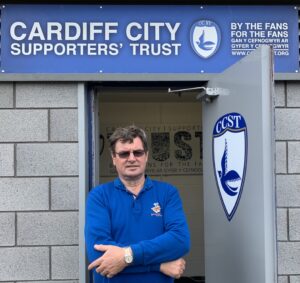 Keith Morgan said: “The Trust was saddened to learn of Len’s passing. He will be remembered with fondness over his two periods managing Cardiff City for 200 games in the 1980s and early 1990s, including leading the Bluebirds to a promotion from old Third Division. He also enjoyed considerable success at our neighbours, Newport County.

“We wish to offer our deepest condolences to Len’s family and close friends.” 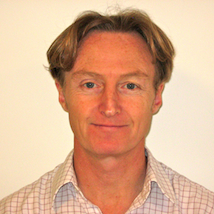 Cardiff City Supporters’ Trust Board member Tim Hartley has held talks with Swansea supporters, both clubs, supporter liaison officers, the police and Show Racism The Red Card ahead of the south Wales derby.

Following the success of the joint anti-racism action earlier this year, next month’s match against Swansea City has been allocated to Show Racism the Red Card Cymru.

The match has also been allocated to our campaign of ‘Rivals on the Pitch, United against Racism.’

·         Both clubs, their supporters’ trusts and clubs will publish social media posts in the lead-up to the fixture.

·         The clubs’ joint pledge of ‘Rivals On The Pitch, United Against Racism’ will be used on the day of the match and in the match programme.

The Trust believes that there is no place for racism in football nor in society. We must all stand up and call out any such behaviour.

“I have now had the opportunity to discuss and further investigate the three legal cases being brought against Cardiff City Football Club.

“All three cases are still being progressed at various stages, with Cardiff City remaining very confident that it will be successful in its defence of all three cases. It is highly likely that all three cases will not be finalised until 2022.

“The  FC Nantes case regarding Emiliano Sala has largely been delayed in reaching the Court of Arbitration for Sport (CAS) hearing due to the fact that Nantes have requested no fewer than five adjournments of the hearing to date. It is also possible that CAS will not wish to hear the case until after the conclusion of the formal inquest into Emiliano Sala`s death which is not due until Spring next year. The other two cases involve Sam Hammam and Michael Isaac.” 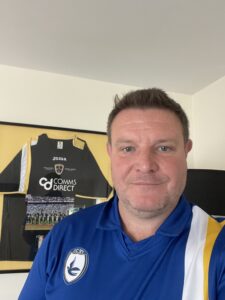 Who are you? Gareth Jones

Where do you live? Time is split between Hereford and Derby.

What do you do for a living? Managing Director of Plastics Manufacturer.

Why did you join the Trust? Joined to help and support a valuable organisation ensuring the best interests of Cardiff City and its supporter base are represented.

Why did you seek election to the Trust Board? I sought election to the board as I felt my professional experience as well as holding several board positions would add value to discussions and the multitude of issues, we become involved with.

How long have you supported City? My father has supported City since 1954 and took me to my first game in the 2-1 home defeat to Wrexham in 1982. I was just short of my 8th birthday.

What was your favourite City match? I attended almost all home and away games in the Dave Jones and Malky MacKay era and as we were mostly on the up there were many great performances. Our first game in the Premier League and our win against Manchester City will live long, not just for the result but also the strength of supporter voice against colour change the shirt prior to the match.

Who is your favourite City player/s?  Three players from the above era I always enjoyed watching – Kev McNaughton, Stephen McPhail and, of course, Peter Whittingham.